Still alive and spending most of my time on Facebook. Followed most of my friends over there but still need to remember to check in here once in a while.
All is well in my corner of the world. Work is taking it easy on my today and tonight I will head to a friends house for some board gaming and a birthday dinner. hope all is well with everybody out there and your 2015 is going well.

After taking a break last year with my garden (really busy, bad dry spell and late planting made for sparse growth) Beth and I jumped into it this year. The main crop was yellow squash, spagetti squash, banana peppers and beans. The parsley we planted was late comming in but is doing well so we can harvest it. (Beths birds like to pick the parsley apart. Not sure if they just drop it or eat it but they enoy it)
Again, due to going from chilly temps to hot temps, the broccoli, lettuce and spinnach didnt do much. I was happy to find a few marjorum plants from the seed I tossed out. They are not big enough to harvest anything from but the fact that they ae growing was a nice suprise.
One benifit of this garden is that Beth likes to cook and a lot of what we are growing is going into the cook pot instead of me just giveing it away.
Stuffed banana peppers, sauted beans and yellow and spagetti squash in diffrent ways. makes for great dinners and yummy lunchs.
Due to the dry weather, I think the squash plants are just about done. They have really shown wilt and they are not flowering much. The peppers are going strong and the beans will give us a couple more meals.
This year, even though not as bountiful as years past, has been a good year for putting food on our plates.
Now, what to plant for NEXT year!

Seems this time of year is the breeding season in my little town for kittens. I say this because for the last few years, we have seen the little ones wandering about. For the last 2 years this has directly affected my time and attention.
Now, im not saying I dislike cats or kittens. I love and care for thos pets with which i have choosen to take care of. I do dislike those people that either 1. let their cats roam around, breeding with whatever is out there and leaving their offspring to either die or wander into somebody elses property, 2. those people that put tons of food out and leave it there to attract the strays of the world, basicaly setting up a local hang out where the boys and girls can hook up, 3. Those pet owners that do not have there pets fixed. We have all 3 types with in a close proxiity of the house.
Because of this, we had one kitten we rescued last year in July, that is now a permenent resident of the house. Teeka was found under weight and infected with a bot fly larva. We caught her, cleaned her up, gave her the shots and meds to get her well and now she is among one of the many pamperd pets in the house.
This July, we rescued another small female kitten. She was 4 weeks old and wighed 3/4 of a pound. We knew she was around for a couple days because we could hear her but not see her and where hopeing she was just passing through. About 7:00pm of day 3, Beth finaly could not take the crying anymore so she put some water and food out on the back porch to try to lure it out. Out it came. Very small and a dark brownish black color. Just a baby. The next day, as I was working on the garden, Beth heard the kitten behind some piled stone so we moved the stone and caught the kitten.
Since Saturday, she has been living in the first floor bathroom while we clean her up, get her tested and medicated. She had eye, ear and nose infections and we assumed she also had worms and fleas. Off to the vets she went and we have been keeping up a pretty rigorus feeding schedual to help pack the ounces on the little tike (shes now up to a pound)
Beth has been in contact with a couple of people that are looking to adopt a small kitten so this one will be moving on in a week or so.
After this one, im now thinking what will be next? We finaly helped convinced our neighbors to stop putting food out for all their "adopted" strays. Teeka (the kitten we adopted last year) was a by product of their feeding station cat hook up and we let them know what it cost us to heal her up and get her healthy. That was a wake up call for them.
I dont mind helpng the little ones. I will just once again hope that some of the people around us take responsibility for their animals and we will stop having to rescue the little ones that wander into our backyard.
For now, we will continue to play with "Tiny" while she heals up, puts on the weight and gets used to being a indoor cat up until her time of adoption into another home.

Been a while since I posted anything even though I have popped onto LJ to see what everybody else is doing.
It has been busy which has made the time fly. The biggest change in the last couple years have been the addition of 4 cats and 8 birds to the Emmitsburg house that came along when Beth moved in. Beth fits well with me. We think along the same lines and we both are flexable enough not to let anything get to us before talking about it. Is it perfect? no, but I dont think any relationship is. But this is going really well.
The adoption of her "kids" was a big step. I always said I would not have pets unless I had somebody to help take care of them. Well, this came back at me. My morning and evening routines have changed but for the better I think. I stay focused in making sure the featherd and four footed munchkins are fed and waterd and have some people time as well. Then I jump into the many other jobs that need to be done on a daily basis.
One of the many parts of this relationship I like is that we think along the same lines when it comes to organizing the house. Yes, some changes have been made and some changes will still be made. My accumulated pile of stuff will be reduced as she slowly moves her smaller pile of accumulated stuff up to Emittsburg. Needless to say, we are very happy.
I have found Beth has given me a reason to start working on the many home improvment projects that had been placed on the back burner due to my not having the mind set to work on them. With Beths help, im staying focused and actualy getting some of these projects done which is cleaning up certain areas around and in the house.
Im really enjoying being able travel with her (we dont do much traveling but what we have done has been a blast), game with her (she plays both board games as well as World of Warcraft) and just hang out with her during those few moments when we have the luxury of just sitting down and relaxing

And a good time was had by all.

For those that dont know, Origins Game fair is a large gaming convention in Columbus Ohio. Itcovers just about all games except gambling (which im sure happens in some parts but they are not open with it) There are also seminars and kids games as well.

My friends and I got there on Thursday around 2:00, got registared and jumped right into the dealer hall. there where certain items we wanted to buy so got that out of the way first.

After a quick trip out to the car to drop off our accuiered goodies, we headed back in and split to our diffrent intrestes. I spent a lot of time at the Mayfair booth demoing games to earn ribbons. The ribbons are put towards convention only expansions to diffrent games they had for sale. I have most of the Catan games and wanted the 3 new maps that where being offered as prizes this year.
The big new catan game this year is Settlers of America. It plays with the same mechanics of most Catan games but has a bit of a diffrent them in that you have settlers that create towns and railroads that allow you to deliver goods to other players towns.
I played a number of diffrent mayfair games and earned 4 of the 5 ribbons I needed for my first map.

Later that evening, we stopped by the board game room and checked out the diffrent games that where offered for checking out to play. We played Warlords of Europe and Cant Stop

Friday I spent about half the day in the mayfair booth. I was very glad that I only had to play a couple games multiple times. I enjoyed playing many diffrent board games. By the time I left the dealer hall, I had 2 of the new maps in my bag and only needed 1 more ribbon to get the 3rd map.

I took a break after dinner and spent some time in the small game auction at the convention and then headed to the board game room again. This time it was a very fun game of Railroad Tycoon that I got into. The group was realy relaxed so the game was very fun.

Saturday I finished up gaining all my ribbons and got my 3rd expansion map. I also picked up a Settlers of America game as well as a Pack and Stack Game. I thien wandered around the dealer hall and picked up a Roll Through the Ages game (which I had wanted for a while now)

I met up with some friends in the Boardgame room and we played Ticket to Ride and a new game called Founding Fathers (where you take the place of one of the founding fathers of america and are writeing the constitution 2 acts at a time. I was James Madison.

Sunday was a lot more relaxing. We played a couple more games before heading back to Maryland at around 12:00. We got into Frederick by about 8:30 and i was at home and im my bed by 10:00

A good time was had by all

Off to play. Will be back Monday :)

Prezcon has started. I will be heading south on Thursday to join them all.

To my nephew Will, have a wonderful day. Happy Birthday!! Woooohooo! 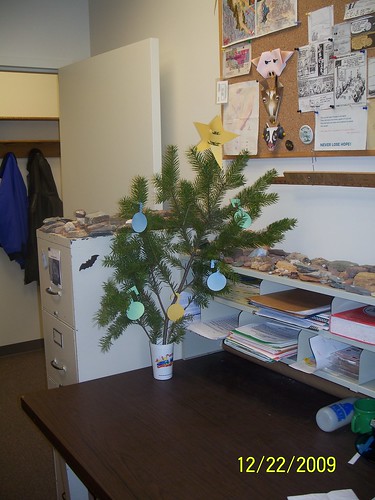 The big snow storm in my area of the east coast is over. The snow has been shoveled and most of the streets are cleared.

We are definatly going to have a white Christmas this year :)
Collapse